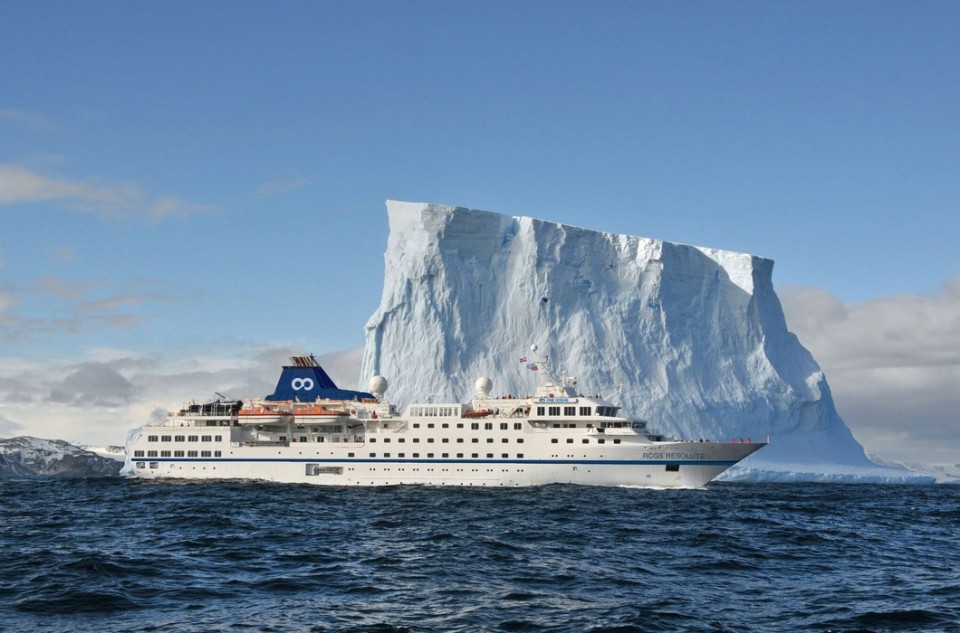 London, March 14th 2018 – The addition of RCGS Resolute to the fleet of One Ocean Expeditions’ (OOE) ships, not only brings with it a name of historic proportions and the opportunity to visit new destinations, but also results in the creation of the most capable, safe and exclusive flotilla of adventure cruise vessels in the industry.

Purpose-built in Rauma, Finland, in 1993, for polar expeditions, the ice-strengthened ship will be sailing in to Sydney, Nova Scotia on Canada’s east coast in October 2018, to be re-christened RCGS Resolute.

The robust name, fitting for an expedition cruise ship, comes from the Inuit town of Resolute in Nunavut territory which, in turn, was named after the Merchant Navy vessel, HMS Resolute*, by Canadian settlers.

OOE Managing Director, Andrew Prossin, comments:  “We are proud to honour our very special Canadian heritage and geography while paying tribute to HMS Resolute with the naming of our new vessel.  ‘Resolute’ has such historical significance and with our strong connection to the Arctic, it was a perfect fit”, he concluded.

The new addition joins OOE’s fleet of two other expedition cruise vessels, One Ocean Navigator / Akademik Ioffe and One Ocean Voyager / Akademik Sergey Vavilov, both of which carry less than 100 passengers.  RCGS Resolute, which carries a maximum of 146 passengers in comfort, offers the capacity to host and operate an increased number of excursion and activity programmes simultaneously, whilst continuing to ensure the same small-group philosophy (no more than 10 to 15 guests) and intimacy found on all OOE vessels.

Along with her historical roots, RCGS Resolute is proud to carry the ship prefix of The Royal Canadian Geographical Society (RCGS), OOE’s exclusive marine travel partner in education, environmental science, and exploration.  With this longstanding partnership, guests have the exclusive opportunity during each voyage to learn from and interact with RCGS Fellows, including world-renowned scientists, educators, researchers, naturalists, marine biologists, artists, historians and photographers.

RCGS Resolute’s inaugural voyage will depart from Ushuaia, Argentina, on November 16th, 2018, on the ‘Antarctica – Off the Beaten Track’ voyage.  From November to March she will travel across Antarctica and South Georgia before heading north to the Chilean Fjords in April 2019.  She will head on to Costa Rica and Panama, through the Panama Canal and onwards to the North Atlantic, commencing voyages through Scotland, Iceland and the Faroe Islands. She will also host OOE’s inaugural Scotland & Ireland Golf Expedition.

With an unsurpassed ice classification in the industry (Lloyds 1AS), a proven track record for stability and safety, superb design layout with 180 degree indoor and outdoor viewing platforms, and exceptional manoeuvrability, RCGS Resolute is ideally equipped to guide guests through the world’s most pristine and often inaccessible regions.

*Built in 1850, HMS Resolute was lost in the Arctic ice from 1854-55, when it was then discovered by the U.S. and returned to the British Royal Navy from 1856. Her lineage continues with several of her relics residing in some of the world’s most influential living quarters, including in the White House’s Oval Office.

Retired in 1879, the Merchant Navy vessel HMS Resolute was later salvaged for timber. This English Oak timber was then used to build the Resolute Desk, presented as a gift from Queen Victoria to the President of the United States, Rutherford B. Hayes in 1880. In March 2009, British Prime Minister, Gordon Brown, presented US President Barak Obama with a framed commission of HMS Resolute, along with a pen holder made from her sister ship, HMS Gannet.

For more information on OOE’s Antarctic destinations and itineraries: https://www.oneoceanexpeditions.com/antarctica

For our ‘Art in the Arctic’ blog: https://discover.oneoceanexpeditions.com/arctic-art/