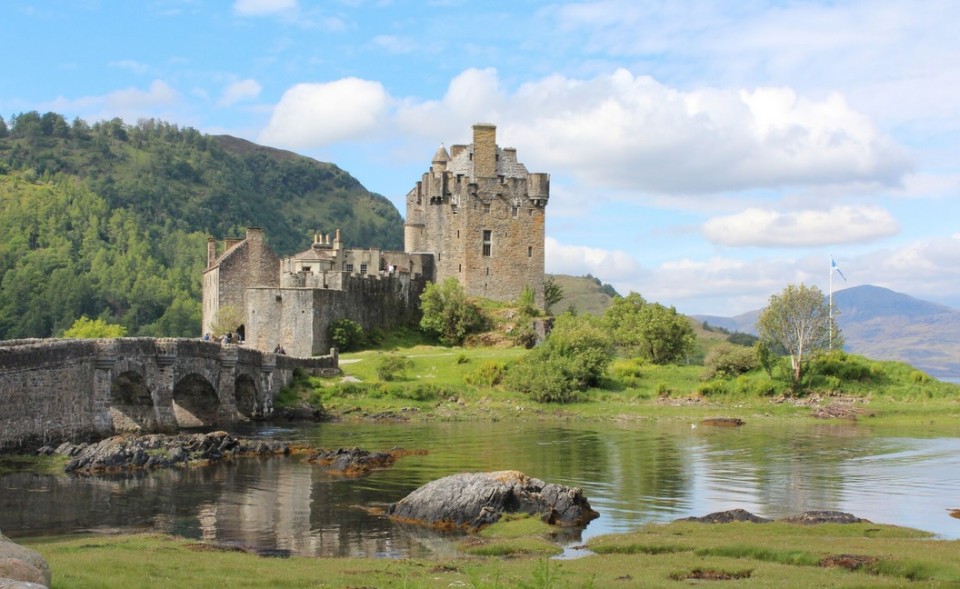 London, 17th April 2018:  Hot on the heels of the announcement that One Ocean Expeditions (OOE) will be expanding its cruise programme to include Chile, Central America and the Islands of the North Atlantic next year, the specialist expedition company has revealed that it will also be heading to Scotland & Ireland with the first of its new itineraries focusing on golf, whiskey and history!

More than a dozen of the World’s Top 100 courses are located in Ireland and Scotland and what better way to visit some of those renowned links courses than cruising up to them on board OOE’s newest vessel, RCGS Resolute?

Beginning in the beautiful, historic city of Dublin on 5th June 2019, the eight-day Scotland & Ireland Golf Expedition heads north along the rugged Irish coast, dropping anchor for the first and only stop in Northern Ireland to play Royal County Down, recently named the top golf course in the world (Golf Digest Top 100) for 2018. Golfers will be captivated and challenged in equal measure by its breathtaking location between Dundrum Bay and the Mourne Mountains. The fairways are surrounded by purple heather and golden gorse and the fast, testing greens are on a course originally designed by Scottish golfing pioneer and four-time Open Championship winner, Old Tom Morris.

Non-golfers will also have plenty to occupy them, with the opportunity to explore the quaint Irish seaside town of Newcastle, take a bike ride or hike in Tollymore Forest Park, and enjoy afternoon tea at Enniskeen Country House.

The first course on the voyage to be played in Scotland will be Machrihanish or Machrihanish Dunes on the Kintyre Peninsula, both built on a site of special scientific interest, which is protected by the Scottish government. Among the world’s most natural golf courses, they feature undulating greens and fairways that are mown, but not manicured, seabirds soaring overhead and arresting views across to the islands of Islay, Jura and Gigha, and even on to Northern Ireland on a clear day. Hebridean black sheep keep the rough grass down on Machrihanish Dunes, which opened in 2009 – 130 years after its esteemed neighbour was extended to 18 holes by Old Tom Morris.

Machrihanish Dunes also features a spa for those in need of a little pampering in a calm oasis. Alternatively, the beautiful Atlantic shoreline is calling out to be explored and the area has some of the best surfing in Scotland. Plus Campbeltown, once known as the whiskey capital of the world with 28 distilleries at one time, still boasts three distilleries, all well worth a visit to learn about the centuries-old tradition of whiskey making and to sample a dram or two of single malt.

Next stop, the Orkney Islands, where guests will have the chance to explore the beautiful seaside town of Kirkwall, local craft shops, art galleries and the St Magnus Cathedral, built when the Vikings still ruled the region. Also on offer is a tour and tasting at the Highland Park Distillery, and a visit to the amazingly preserved Neolithic village and UNESCO World Heritage Site, Skara Brae, originally settled 5000 years ago.

Continuing around the very tip of Scotland, travelling ‘off the beaten track’ and experiencing the rugged seascapes of a less discovered Scotland, RCGS Resolute makes its way to Inverness, where guests may choose to travel to one of two of the World’s Top 100 courses, Royal Dornoch and Castle Stuart, or head to the famous battle field of Culloden Moor, where the Jacobites fought their final battle in 1745. The Living History presentation will bring this epic battle to life, right before your eyes!

Choosing between soaking up Scottish history or playing either a young championship course with dramatic views across the Moray Firth OR Royal Dornoch, which dates back to 1616, will possibly be the most difficult decision of the entire voyage.

Aberdeen is the penultimate visit on this voyage and provides the gateway to two further courses – Cruden Bay, where visitors once again walk in the historical footsteps of Old Tom Morris, co-designer of the original course, and Royal Aberdeen, founded in 1780 and the sixth oldest golf course in the world.

The final stop on this golf-packed cruise is Edinburgh. Guests may choose to extend their stay in the Scottish capital and also have the option* of playing a final round at the world-famous Old Course at St Andrews, arguably the home of golf, to crown off this amazing week of golfing, Scottish history and culture.

Prices for the eight-day Scotland & Ireland Golf Expedition start from US$4,395 per person, based on triple private and US$5,395 per person, based on twin private and include ship transfers to/from Dublin/Edinburgh, accommodation in a cabin with a view, all meals on board, green fees and transfers to and from courses, guided onshore walks and excursions to historic sites and places of interest, experienced expedition leaders, educational presentations by experts in their field, plus whiskey tastings!

* For all but a few, St. Andrews limits all reservations to 12 making it impossible for larger groups such as OOE’s guests to make a booking. However, OOE will connect guests who are interested in playing the Old Course with its local Scottish golf expert.

For more information about the Scotland & Ireland Golf Expedition: https://www.oneoceanexpeditions.com/north-atlantic-islands/scotland-golf

For more information about RCGS Resolute, including a virtual tour: https://www.oneoceanexpeditions.com/vessels/vessel-rcgs-resolute

One Ocean Expeditions is a proudly Canadian world leader in expedition cruising. Committed to environmental and social responsibility, One Ocean Expeditions offers guests personalized marine experiences in some of the most unspoiled and ecologically sensitive places on Earth. With a range of innovative itineraries in Antarctica, The Arctic, Canada’s East Coast, Greenland, Chile, Central America, Scotland, Iceland and the Faroe Islands; One Ocean Expeditions has earned a reputation for exceptional quality, customer service, industry-leading safety standards, and unparalleled value. In addition to creating once-in-a-lifetime experiences for our guests, One Ocean Expeditions supports environmental awareness and education, world-class scientific research in sensitive ecosystems, historical preservation, and the sustainment of local communities. One Ocean Expeditions maintains ongoing affiliations with an array of scientific and educational institutions and is proud to serve as the exclusive marine travel partner of The Royal Canadian Geographical Society.