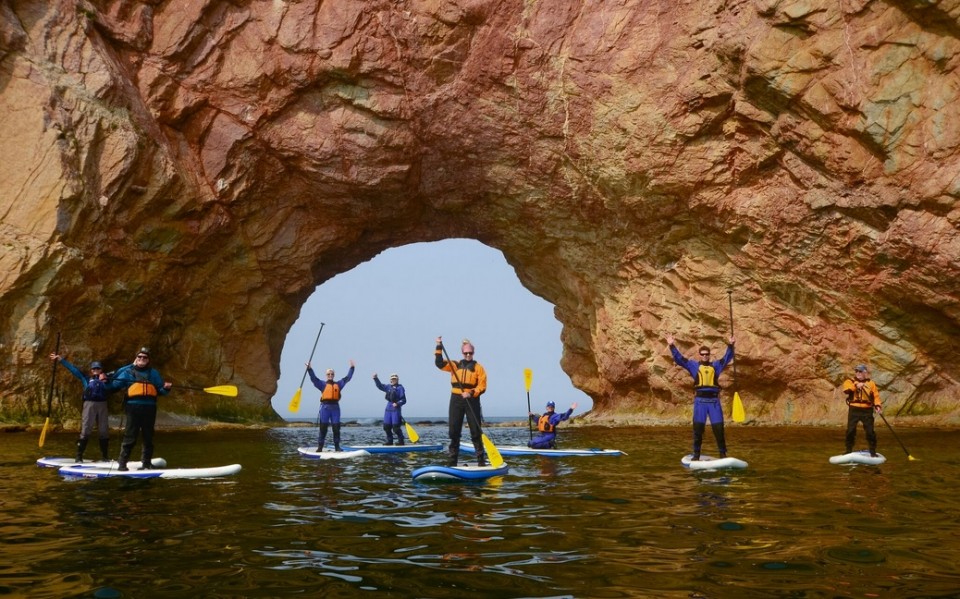 The five finalists, Aaron Abraham, Thomas Emmanuel Côté, Jake Douglas, Evan Fingerhut, and Ben Woodward took to the stage before an audience of spectators to face-off for the title of National Champion, won by Ben Woodward.The top three finalists received prizes of $5,000, $3,000 and $2,000, respectively, and all five finalists will be provided the opportunity of a lifetime to explore Canada’s East Coast onboard with OOE alongside Canadian Geographic representatives and The Royal Canadian Geographical Society (RCGS) Ambassador.

The immersive experiential education opportunity for these geography whizzes will provide an in-depth exploration of the region and its geographical and cultural treasures. Additionally, it will give students the rare opportunity to visit via expedition vessel four provinces, Canadian National Parks, an UNESCO World Heritage Site, while also getting a taste of France with a visit to an island on St-Pierre et Michelon – which remains to this day a vestige of France’s North American empire.

The key geographical highlights of the 10-day ‘Fins and Fiddles’ adventure cruise, July 21st to 31st, 2017,include a visit to remote Sable Island, the only emergent part of the outer eastern Continental Shelf. This National Park is also home to infamous wild horses roaming on its majestic sand dunes, along with submerged shipwrecks and the world’s largest breeding colony of grey seals and rare migratory bird colonies. Sable Island stirs the imagination, merging human history with natural wonders in a compelling and complex ecosystem.

Finalists will visit Gros Morne National Park, a UNESCO World Heritage Site which took Mother Nature 485,000,000 years to mold it into one of the world’s most impressive geological and visual wonders. The site, located on Newfoundland’s west coast, is a dream come true for geology buffs and a visual feast with its views of fjords, towering cliffs and waterfalls. Students will have the pleasure of joining a guided hike in the desert-like Tablelands, with its rare rock formations created by the earth’s tectonic plates colliding.

The anchor is dropped at the Gaspé Peninsula, featuring Bonaventure Island and the town of Percé in Quebec, where various excursions will take place to the delight of the active young travellers onboard. Soft adventures such as zodiac cruises, guided nature and wildlife viewing hikes, and more active adventures including sea kayaking and stand-up paddle boarding are available. The site has outstanding flora and fauna, including the largest Northern Gannet colony in the world.

Andrew Prossin, Managing Director at OOE said, “We’re honoured to support our partner in education, The Royal Canadian Geographical Society, in this endeavour, especially in Canada’s 150th anniversary year. With the innovative cruise programming for youth that we are introducing, I know those kids are in for a treat! The lucky winners will get to spend time with celebrated Canadian guest speakers and top educators in the country.”

For more information on the Canadian Geographic Challenge visit: http://challenge.canadiangeographic.ca/en