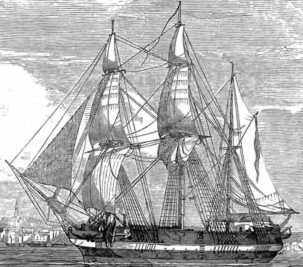 One Ocean Expeditions is delighted to announce that there has been a ‘find’ on the Victoria Strait Expedition taking place in the Northwest Passage over the last two weeks. One Ocean Expeditions’ ship, the Akademik Sergey Vavilov, was one of four vessels supporting the search to find the long lost vessels of Sir John Franklin missing in the Arctic for the last 160 years.

An official announcement, made by the Prime Minister’s office in Ottawa on 9 September 2014, stated that one of the two missing ships – Terror and Erebus – has been found. Currently it is unclear which of the two ships has been found, however there is photographic evidence that it is one of them.

“I was honoured to be invited to accompany the Prime Minister to his office in Ottawa for the official announcement, says Andrew Prossin, Managing Director of One Ocean Expeditions. “It’s been a challenging Arctic season with more ice than usual, demonstrating to all of us on the Victoria Strait Expedition the conditions faced by Franklin and his fellow polar explorers, and to end the search with photographic evidence of one of the two missing ships is absolutely incredible.”

In his statement Stephen Harper, Canada’s Prime Minister says, “I am delighted to announce that this year’s Victoria Strait Expedition has solved one of Canada’s great mysteries, with the discovery of one of the two ships belonging to the Franklin Expedition.”

”Finding the first vessel will no doubt provide the momentum – or wind in our sails – necessary to locate its sister ship and find out even more about what happened to the Franklin Expedition’s crew”.

British archaeologist, William Battersby, who has written extensively about Franklin’s Expedition, describes the find as “the biggest archaeological discovery the world has seen since the opening of Tutankhamun’s tomb almost 100 years ago”.

The Northwest Passage itinerary has always been a bestseller for One Ocean Expeditions. With the recent find, there will undoubtedly be an increase in consumer awareness and interest in the region. One Ocean Expeditions is developing an expanded Arctic Canada program for future seasons.