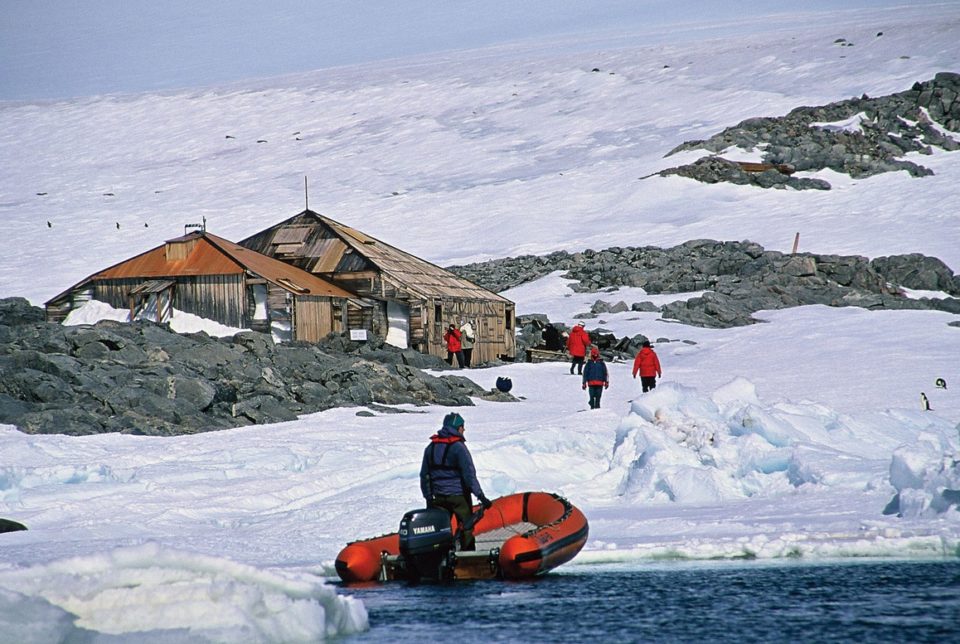 Christchurch, New Zealand 5 September 2019: As a result of East Antarctica’s first ice-free summer in eight years, pioneering adventure cruise company, Heritage Expeditions, will be returning to the region on a 25-day voyage in the footsteps of legendary Australian explorer, Sir Douglas Mawson.

The ‘In The Wake of Mawson’ voyage from 15th December 2019 to 8th January 2020, includes plans to visit historic Mawson’s Hut at Cape Denison, Commonwealth Bay, on Christmas Day.

The hut’s location was chosen by the explorer as it was one of very few readily accessible, ice-free areas along the East Antarctic coastline. However, that all changed in 2010 when a 97-kilometre-long iceberg struck the Mertz Glacier ‘Tongue’, causing a 78-kilometre section to break off, blocking the annual movement of sea ice, effectively isolating the region.

Close monitoring of the area and an ice-free summer in 2018 indicated that there are opportunities to return once again to explore this previously off-limits majestic location.

Heritage Expeditions has timed its voyage to maximise the opportunity to land at Commonwealth Bay on Christmas Day and explore Sir Douglas Mawson’s Hut – established for the 1911-1914 Australasian Antarctic Expedition.

Other sites of interest nearby include the Memorial Cross to explorers Ninnis and Mertz who perished during the infamous three-man ‘Far Eastern Party’ sledging trip (which Mawson himself barely survived), as well as the nesting grounds of substantial numbers of Adélie Penguin and Wilson’s Storm-Petrel.

As with all expeditions to remote, rugged and seldom-visited destinations, access to the region – notoriously known as the ‘home of the blizzard’ due to the strong Katabatic winds that frequently blow here – will, ultimately, be determined by the conditions encountered during the voyage.

Prices for this authentic expedition cruise of discovery, which will also include time exploring the Subantarctic Islands, such as wildlife haven Macquarie Island, whale watching from the deck and Zodiac cruises alongside penguin colonies and gigantic ice shelves, start from US$17,000pp based on twin share. The price includes pre/post cruise transfers, one night hotel accommodation, all onboard ship accommodation, meals and all expedition shore excursions. Landing fees are an additional US$880 per person.