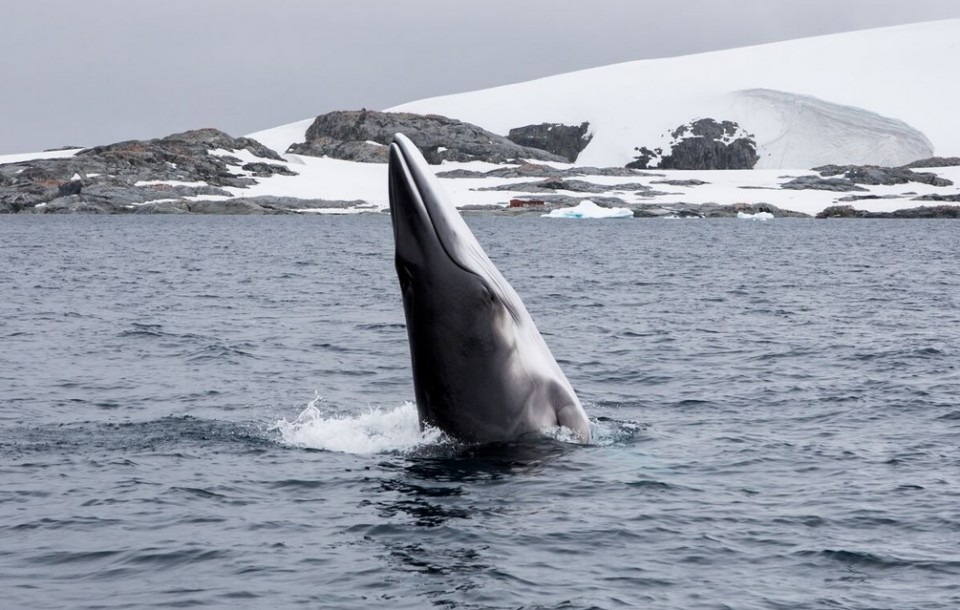 London, 11 June 2018: One Ocean Expeditions (OOE) and the work of internationally renowned marine ecologist Dr. Ari Friedlaender feature in the recently launched documentary ‘Map to Paradise’ by Australian based production company, Bluebottle Films, which has premiered in Monaco.

The eco-conscious feature film documentary ‘Map to Paradise’ was released at the Oceanographic Institute in Monaco on 7 June. The film portrays a collection of character-driven stories that convey the quest of individuals, communities and nations as they strive to protect the last sensitive eco-systems left on Earth.

The documentary focuses on the work of Dr. Ari Friedlaender among other prominent researchers. Viewers learn of the ground-breaking whale tagging research project in Antarctica which takes place aboard OOE’s vessels. Each year, Dr. Friedlaender and his team from California Ocean Alliance (COA) travel to Antarctica with OOE to research and track the behaviour of marine mammals, including humpback and minke whales. COA is conducting marine-based scientific research to improve our understanding of the critical habits and behaviour of whales. Outcomes lead directly to establishing sound policy decisions that safeguard the oceans and allow marine mammals to thrive.

One Ocean Expeditions’ General Manager, Catherine Lawton, was at the premiere, and said “One Ocean Expeditions invests a great deal into protecting the fragile ecosystems we visit. It was an incredible honour to see our dedication to scientific research captured in such a moving and inspiring way”.”

OOE is the industry leader in supporting nationally recognized science programs and is committed to ocean and environmental health. Over the last decade the company has established long-term, meaningful partnerships with universities and nationally accredited scientific organizations, providing over 120 days per vessel per year, to carefully selected partners.

“Being involved in this film will allow us to share and promote our science with an extremely broad and diverse audience. To have the opportunity to represent One Ocean Expeditions and conduct our science from their ships, whilst sharing our findings with passengers, is more than I could ever have imagined possible. One Ocean Expeditions leads by example and they are showing their commitment to conserving and protecting ocean ecosystems around the world.” says Dr. Ari Friedlaender.

For more information on the Marine Mammals voyage: https://www.oneoceanexpeditions.com/antarctica/marine-mammals-voyage

For our blog on Marine Mammals: https://discover.oneoceanexpeditions.com/if-you-like-whales-this-is-what-you-should-do/

For our blog on Ocean Health: https://discover.oneoceanexpeditions.com/science-program/

For more on Bluebottle Films and The Map to Paradise move: http://www.themaptoparadise.com

The sea-loving duo have directed, produced, written and edited a number of grassroots short documentaries about protecting the land and the sea in Australia, with the support of leading conservation groups. The Map to Paradise is their first independent feature documentary, inspired by their work on shorter ocean films, which took them to remote destinations of Australia. The films have toured around Australia and overseas at grassroots events and festivals over the past few years, helping to campaign for positive policy change to protect nature. Their previous works have earned them some grassroots festivals awards, such as for best environmental journalism, best underwater world film, and a Sylvia Earle Ocean Conservation Award. James and Danielle’s first ever documentary was a journalism piece about child labour, which aired on Dateline, SBS, Australia.