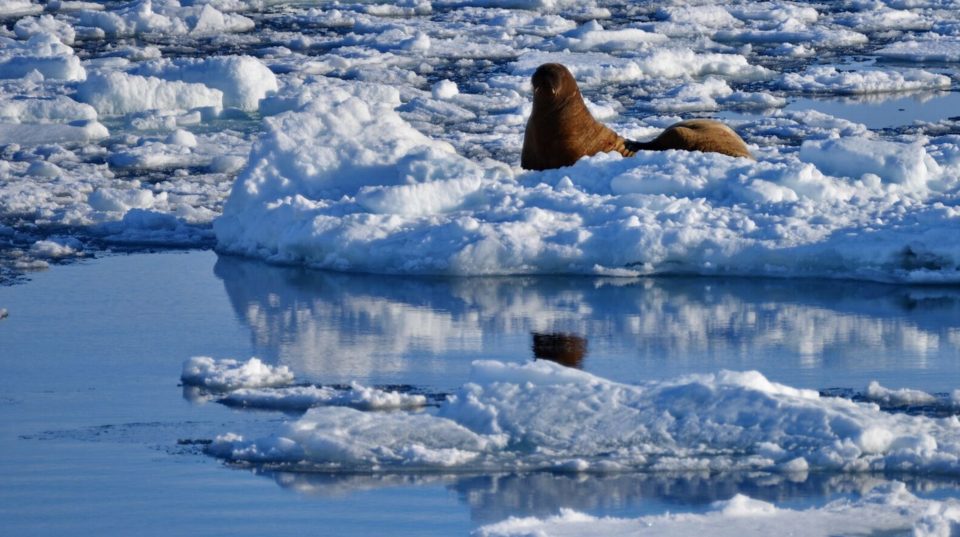 Bristol, 9 September 2019:  Following the news earlier this year of a mass invasion by polar bears in a village on the remote Russian archipelago of Novaya Zemlya, experts are suggesting that these iconic Arctic creatures are likely to spend more time on land as the sea ice, which they usually inhabit, continues to melt, increasing the opportunities to view them in the wild.

Arctic cruise specialist, Swoop (tel:  0117 369 0296), which has launched a new 22-day itinerary, Russian High Arctic Island Explorer (22nd July 2020; prices from £11,183pp triple share), is one of only a few operators to offer the chance to visit this rugged, isolated region and to view its wildlife from the safety and comfort of (the Sea Adventurer) a four-star vessel with a high ice-class.

Beginning and ending in the fascinating Finnish capital of Helsinki and including return private charter flights to Murmansk, the trip heads north across the Barents Sea, during which onboard experts brief passengers on the politics, history, geology, wildlife and climate of the little-visited region.  The expedition team are always on the look-out for seabirds such as kittiwakes, skuas and fulmars, as well as whales and seals, which are often to be spotted in this biologically rich area.

Three full days are spent exploring Novaya Zemlya, the third largest wilderness area in Europe, with its picturesque glaciers, pristine Arctic landscape, extinct volcanoes, jagged ice cliffs and plentiful wildlife.  In addition to polar bears, walrus, Arctic foxes, seals, ptarmigan, guillemots, lemmings and whales are among the many species that may also be spotted during this section of the voyage.

Heading east next across the Kara Sea, sometimes referred to as the ‘ice cellar’ for the number of trapped ice floes it features, the voyage hopes to visit several locations along the Siberian coast, following in the footsteps of the first polar explorers who went in search of the Northeast Passage.

All stops throughout the journey are dependent on ice and weather conditions, however, it is hoped that they will include Russky Island, the site of a former polar station, and Troynoy Island, home to a weather station and an ivory gull colony, as well as being frequented by polar bears.  Both islands are part of the Great Arctic State Nature Reserve.

In addition, the itinerary hopes to include Severnaya Zemlya, the last major archipelago on earth to be discovered, Impressive dome-shaped glaciers dominate the landscape, with other attractions including polar desert, fjords and tundra, numerous species of Arctic sea birds and the largest ice cap in Russia, the Academy of Sciences.

The final section of the journey before heading back to Murmansk, comprises four days exploring Franz Josef Land, a remote group of 191 islands situated within the Arctic Circle.  Passengers will learn more about Russian polar history and explorers such as Norwegians, Fridtjof Nansen and Hjalmar Johansen, who spent the winter of 1895/96 on Jackson Island in extreme conditions before continuing their journey south.

Polar bears, Atlantic walrus and remote seabird colonies may also be among the highlights of this northerly ice-laden archipelago.

Swoop Arctic’s cruises include full-board accommodation during the voyage, all onshore and zodiac excursions, educational lectures by expert polar guides and a complimentary parka.

The team at Swoop is passionate about the ends of the earth.  Less travel agent, more destination ambassador, the specialist company focuses exclusively on arranging adventures in the Polar Regions and Patagonia. Offering extensive knowledge and experience gained from living, working and travelling in these regions, combined with a wide choice of options available through its long-standing relationships with tour operators and local partners, Swoop helps to plan trips that match individuals’ dreams, budgets and appetite for adventure.

So, whether it’s a tailor-made itinerary taking in the volcanoes, glaciers, fjords, mountains and plains of Patagonia, a hotel or ship-based holiday, a group tour, soft adventure or an intrepid polar expedition complete with mountaineering, Swoop has the contacts and expertise to make it happen.