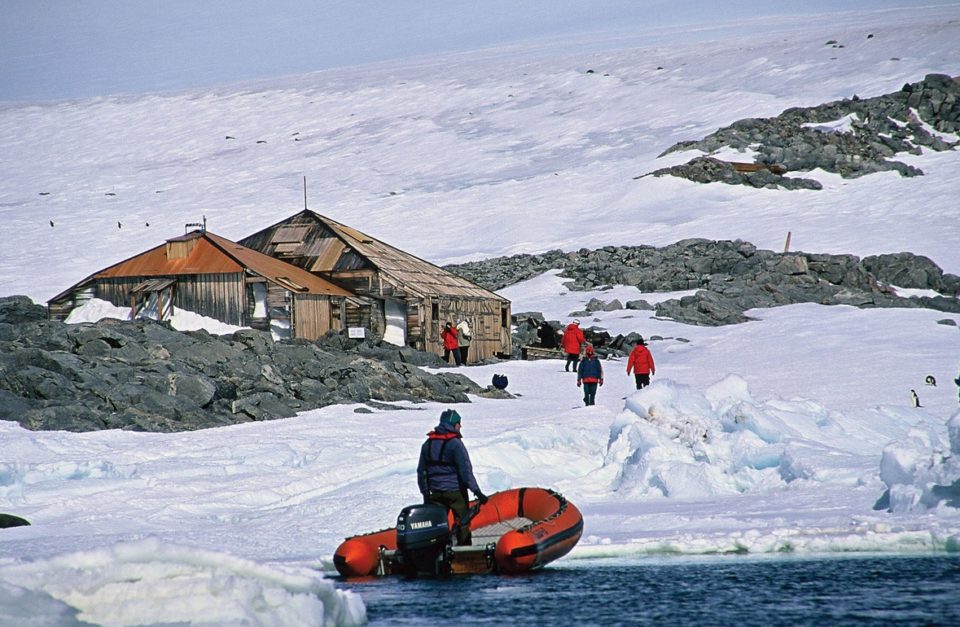 Christchurch, New Zealand, 5 December 2019:  Just a few hundred travellers each year have the opportunity to cross the Southern Ocean from New Zealand in order to experience one of the most remote, least spoilt areas remaining on our planet: the magnificent frozen white continent of Antarctica. This great privilege is only open to a limited number of tourists travelling on a handful of specialist cruises, which include Heritage Expeditions’ 30-day In the Wake of Scott & Shackleton itinerary, and its 26-day In the Wake of Mawson trip.

Adventurers wishing to harness their pioneering spirit in 2020 or 2021 and trace the path forged by the great explorers of the Heroic Age of Antarctic Expedition, have just a short window of opportunity during which the usually impenetrable pack ice allows ships to negotiate across the Antarctic Circle and in to the Ross Sea.

Travel is on board either the fully ice-strengthened expedition vessel, Spirit of Enderby, which was refurbished in May 2019, or its equally robust sister ship Akademik Shokalskiy, both of which offer maximum comfort and safety for just 50 and 48 passengers respectively.

Following routes taken by historic pioneering explorers, Sir Ernest Shackleton and Robert Falcon Scott or Sir Douglas Mawson more than a century ago, passengers cross the tempestuous Southern Ocean, accompanied along the way by many and varied seabirds, including several species of albatross and petrel.

Both itineraries include stops at Auckland Islands’ Enderby Island, arguably the most beautiful of the Subantarctic Islands, allowing travellers to enjoy the sight of parakeets flying above flame-tipped canopies of rata forest, carpets of colourful megaherbs, rare Hooker’s or New Zealand sea lions and, weather permitting, to climb up to an albatross colony at Carnley Harbour. A further highlight is the remote, rocky Macquarie Island, which boasts the highest concentration of wildlife in the Southern Ocean, teeming as it is with king, royal, rockhopper and gentoo penguins, as well as hundreds of elephant seals and their curious ‘weaner’ pups along the beaches. It is also where Mawson established a scientific station in 1911.

Strangely-shaped, drifting icebergs herald the Antarctic Circle and, as the ships cross this imaginary line, 24-hour daylight illuminates the expeditions. As the ice thickens and the weather becomes more unpredictable it is impossible to set a daily itinerary, however, every opportunity will be taken for Zodiac boat trips and landings, allowing passengers to get up close to the wildlife, marvel at rookeries bursting with staggering numbers of Adelie penguins, look for emperor penguins, walk on the ice and take snapshots of seals relaxing on ice floes, and maybe even spot a whale or two.

Depending on conditions and which of the two expedition cruises has been chosen, passengers may be able to visit and compare the historic huts of Scott and Shackleton with a modern-day scientific research station or Mawson’s Huts, established 1911-1914 for the Australasian Antarctic Expedition. However, nothing cements one’s respect for these intrepid pioneering explorers more than witnessing first-hand the overwhelming icebound conditions that they would have endured, with ice cliffs towering up to 30 metres above the ship and glaciers calving icebergs many metres long.

Prices for In the Wake of Scott & Shackleton start from US$23,000pp and from US$17,000pp for In the Wake of Mawson. These include twin berth in a cabin with porthole and shared shower and toilet facilities nearby on the main deck, pre/post cruise transfers, one night’s half-board hotel accommodation in a twin room, all meals on board, expeditions, lectures and the services of knowledgeable guides and crew.