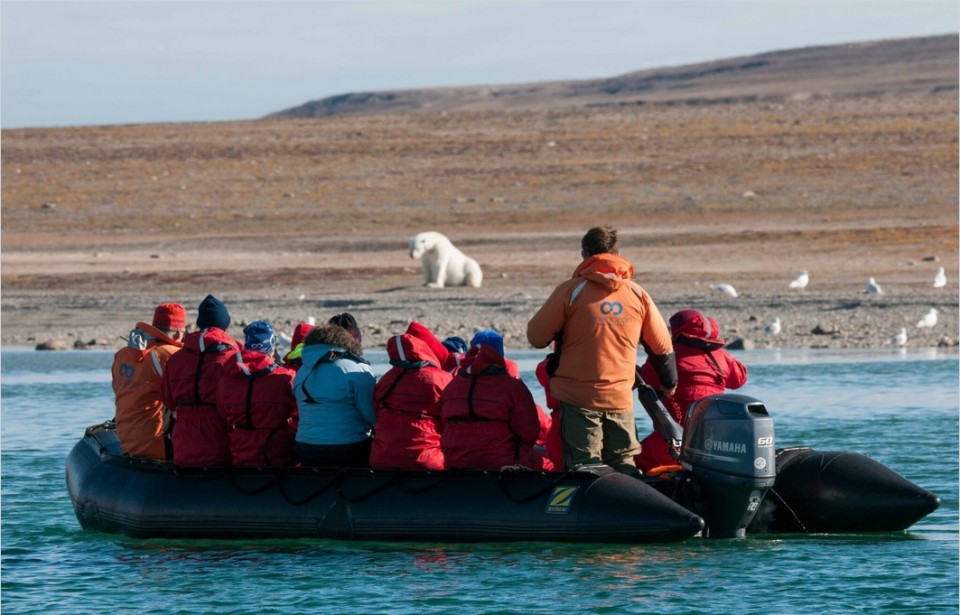 One Ocean Expeditions (OOE), specialist in small ship expedition cruising in the Polar Regions, is right on trend with the introduction of an innovative influencers program for their Canadian Arctic voyages this summer.

In celebration of Canada’s 150th Anniversary, OOE has enhanced its Canadian content with a significantly upgraded cruise program including displays of Canadian cuisine and Inuit culture, as well as an entertaining line-up of guest speakers on each voyage.

Powered by adventure, education, science and exploration, OOE’s well-rounded program will offer an in-depth discovery of the Canadian Arctic in the company of well-known personalities and influencers.  Each voyage will renew the guests’ appreciation of Canada’s lesser-known destinations, while increasing their knowledge of the region’s environment, wildlife and history.

Joining the 10-night Baffin Island- Jewel of the Arctic voyage 25 July – 5 August 2017 is an impressive line-up of influencers including artists and accomplished adventurers. Canadian alpine skier and medalist, Kelly Vanderbeek, and David Ford, a five-times Olympian in kayaking, will both have an active role in guided land excursions, including visits to small northern communities, where they will share stories of their athletic pursuits and contribute to local youth mentoring.

Also joining the Baffin Island – Jewel of the Arctic voyage are accomplished Canadian artists, Denise Clark and Chris Cran, who will host ‘Artist in Residence’ workshops both onboard and ashore, inspiring guests to artistically capture the majestic beauty of the Arctic landscape, its people and wildlife.  Kat Austin, the OOE sponsored artist from Cambridge University’s prestigious Scott Polar Research Institute, will also be onboard.

OOE’s recently launched 2018 ‘Art in the Arctic’ program will host acclaimed painter, adventurer and documentary film producer, Cory Trepanier.  While onboard with OOE this summer, Cory will share the story of his painting expedition across Canada’s North, the making of his award-winning documentary ‘Into the Arctic’, and display a selection of his breathtaking Arctic landscape paintings.

“With Canada 150 we couldn’t find a better time to further diversify the range of activities and influencers to take part in our Canada program”, says Andrew Prossin, Managing Director at One Ocean Expeditions. “It’s not every day that you get to travel, share meals and stories with world-famous artists and Olympians while cruising the world’s most pristine regions”, added Prossin.

OOE’s Canada Atlantic Coast and Arctic seasons operate between July and mid-September with prices ranging from US$4395pp for 10-nights on Canada’s East Coast Fins & Fiddles to US$11395pp for 12-nights sailing through the Northwest Passage, based on twin semi-private accommodation.  Prices include accommodation and all meals on board ship; daily zodiac excursions, workshops and seminars as outlined in the itinerary are included.

For Arctic images and videos and biographies visit:  http://bit.ly/2pkZ3Yv