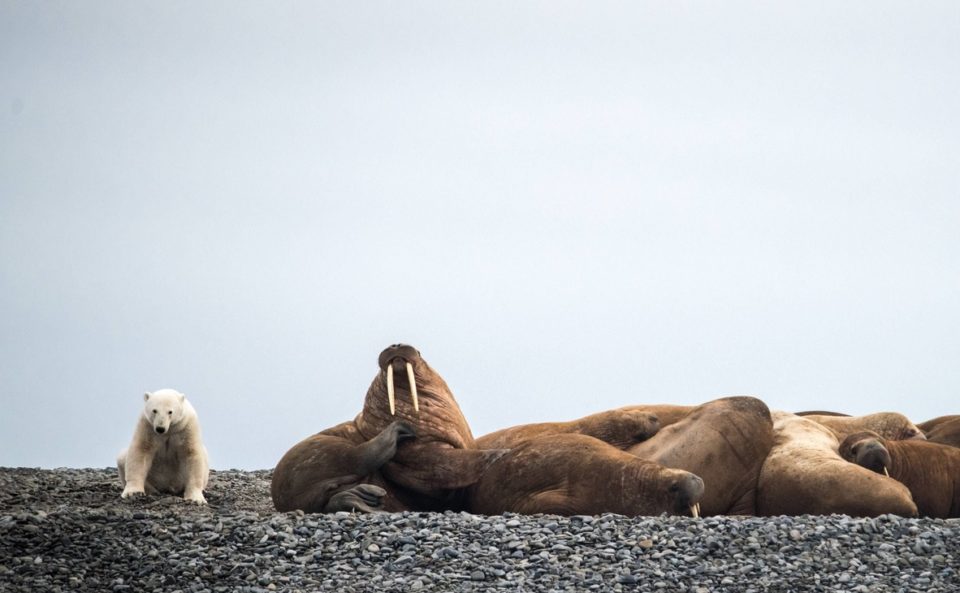 Christchurch, New Zealand, 22 October 2019:  Following the first-ever back-to-back transit of the Northern Sea Route in 2017 by small-group polar cruise operator, Heritage Expeditions, the conservation-focused company has announced that it will be returning to the Russian Arctic’s Northeast Passage in the summer of 2020.  Departing on 23rd August and travelling east from Anadyr to Murmansk, the epic 27-day expedition cruise will retrace the route of legendary Swedish polar explorer, Adolf Erik Nordenskiold, who was the first to cross this iconic waterway.

Only a handful of expedition vessels have ever transited the Northern Sea Route, since it is covered by sea ice for most of the year.  However, recent changes in summer sea ice conditions mean that it is now possible to navigate these waters for a brief time during August and September, allowing others to make history by visiting this little-known wilderness region which has, until now, been the preserve of a few explorers and researchers.

The rarely-visited Russian-controlled waters are steeped in history and mystery, as well as being home to an abundance of wildlife.  Days at sea spent on the look-out for whales, seals and walrus will be punctuated with exciting Zodiac excursions along the coastlines of remote islands and hiking trips into the icy High Arctic wilderness.

Stops along the way include the Severnaya Zemlya Archipelago, the last major group of islands on earth to be discovered as recently as 1914/15.  Deep, heavily-glaciated fjords and majestic glaciers that regularly calve icebergs, provide a stunning polar backdrop against which participants have the opportunity to go in search of myriad bird species known to breed and nest here.

Every stage along the journey brings sights and sounds of note that will remain in the memory.  The rarely-visited, uninhabited Medvzhyi islands of the East Siberian Sea are home to a sizeable population of polar bears, while on Ayon Island visitors will receive a warm welcome from the hospitable Chukchi people who herd reindeer and hunt to survive. The World Heritage Site and Federal Nature Reserve that is Wrangel Island is the world’s polar bear denning capital.  It also boasts numerous other Arctic species including musk ox, Arctic fox, snow geese and snowy owls, while Whalebone Alley on Yttygran Island is one of the most unusual archaeological sites in the whole of the Arctic.

A maximum of just 48 passengers will travel on board Akademik Shokalskiy, an authentic, ice-strengthened former Russian research vessel, which was built in 1984 for polar and oceanographic research and was the ship that completed Heritage Expeditions’ double transit in 2017. Prices for the 2020 voyage start from US$21,900 per person sharing a Main Deck cabin with twin berth, porthole, private washbasin and shared toilet and shower facilities.  This includes pre/post cruise transfers, full board during the expedition and all shore excursions.